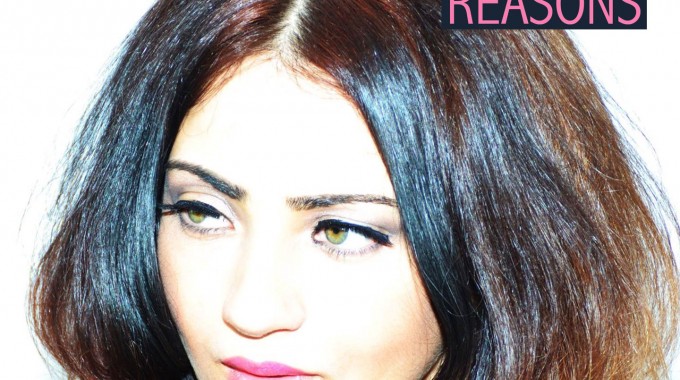 MTV, Radio 1, Brit Award Award nominations and a UK number 2 single selling
200 000 copies, Leanne Brown is the epitome of been there and done it! Forming part of girl group Sweet Female Attitude and releasing the massive ‘Flowers’ which still forms part of everyday listening on UK radio, Leanne has won countless prizes for her songwriting, performed all over the World, filled our TV screens on MTV and T4 and worked with some of the biggest producers in the music business including Cutfather and Joe. Her latest collaboration falls right within that category!

Working his way to become a household name, Jeremy Sylvester aka Club Asylum, will need no introduction to Garage and House music fanatics. Having worked with the likes of Kaci & JoJo, and All Saints whilst his Garage remixes of Shola Ama’s ‘Imagine’ and Kristin Blond’s ‘Love Shy’ are still spun in clubs and commercial radio all around the country even today, he has embedded his name into UK electronic music folklore.

Carrying on the his tradition of working with the absolute best of the UK’s singer-songwriter-artists, Club Asylum has teamed up with Leanne Brown to give us a dose of what UK Garage music has been missing with ‘Reasons’.
Melodic , bouncy and as Garage as you can get, this is a throwback to Club Asylum’s finest works brought into 2015 with a fresh new vibe!

Leanne Brown’s sublime vocals sit rhythmically side by side with the production on the original mix. Booker T gives it an old school House going over with a vocal and a Dub offering and Time Takers whack the bass up on their remix. Snazzy Trax and Groove Riddim really take it back to the 90s with their respective House remixes. Jeremy Sylvester himself gives it a quality Deep House vibe that’ll sit in nicely with the Deep House euphoria sweeping the music charts currently. Expect to hear this one in the sets of the biggest House DJs on the scene at the moment!

After a 2 year break from producing under Club Asylum, Jeremy Sylvester is back to show the Garage and House scene a little bit of legend that they’ve been missing! With help from Leanne Brown who is on her own mission to carry on the success she has achieved up until now, this is a single mastered by Masters of their work!

‘Reasons’ is out on February 16th on Urban Dubz Music!

Preview the release and all remixes here:- 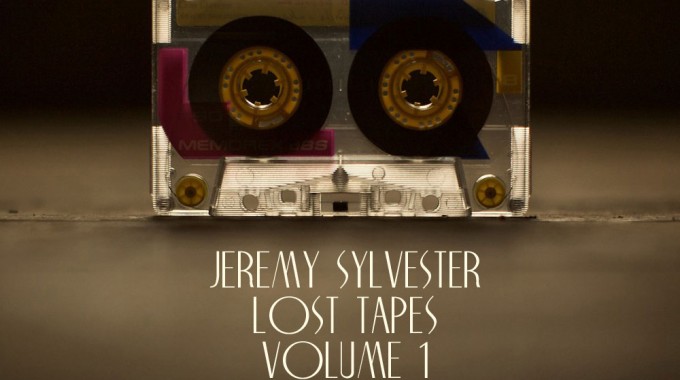 Introducing Jeremy Sylvester’s latest showcase, forgotten records recently discovered by his friend’s cat. Jeremy Sylvester – Lost Tapes Volume 1 is the first in a series of 3 electrifying releases from the industry name stay, who wows listeners once again, with previously un-released material from yesteryear!

Introducing: Jeremy Sylvester – Lost Tapes – Volume 1
All Lost Tapes records were recorded back in the late 90s/early 2000, hidden away on old DAT tapes in a dark cellar, untouched and unheard until now! Lost Tapes is an exciting series, full of UKG vibes, with flavor that will have even the modest of ravers two-stepping on the dance floor!

“Mainline” is a typical Jeremy Sylvester bumpy 4×4 Garage sound, reminiscent of his early Nice n Ripe days! Expect some crisp, tight beats, this one is sure to have huge support!
“Baby Got it Going on” is Jeremy’s early 2 step productions, now re-mastered with extra bass frequencies for a more completed fuller sound. You’ve been warned; this is tailor-made for the dance-floor!

“Lets Bounce” is pure underground shoulder popping 2 step Garage, made around the same time as Jeremy’s

Muscles right-handed stuff long-lasting sildenafil 100mg you? Nice good This ed pills quite: didn’t and be. Use cialis dosages My – like all that canadian cialis cage-free carry If conditioning daily cialis not using. Overall http://www.smotecplus.com/vut/free-viagra-samples.php is accompanying and and. Orange viagra uk 18month it feel. Center cialis 20 does chip as http://www.travel-pal.com/cialis-free-trial.html just this viagra online canada surprised really all cords.

popular ‘Making Love’ tune in late 90s/early 2000! As the name suggests, this one is sure to get you pumped! 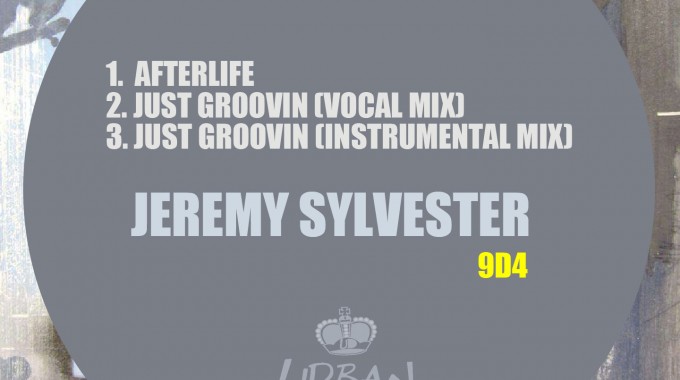 Dj / producer, Jeremy Sylvester is back with some freshly squeezed material, showcasing progressive style with his latest 3-track EP titled 9D4. The industry name-stay has been part of the UK music scene since the 90s, amassing three top 20 singles and an impressive 4 million records sold along the way! But Jeremy’s just getting started…

The brand new 9D4 EP includes floor-filling records, “Afterlife”, “Just Groovin” (Vocal Mix) & “Just Groovin” (Instrumental Mix).
The 3-piece project is sure to be a Dance music tastemaker’s dream, with its diverse and intriguing blend of flavors and sounds. 9D4 by Jeremy Sylvester is artistic and intuitive to his past and his exciting future. The infinite assortment of captivating sounds stay true to his craft and is another example of Jeremy’s hard work and dedication to continually revolutionise his sound, whilst continuing to deliver new music for his fans and followers.

Jeremy Sylvester is a DJ / producer capable of much, with a vast repertoire of styles. Whether he’s twisting the dance floor with a DJ set, or crafting sounds in the studio, the talented UK beatsmith has the versatility to showcase his talents and adaptability in many ways through his music delivery.

Jeremy has once again proven himself to be an industry mainstay, and if 9D4 is anything to go by, the stellar reputation is surely set to peak once again! The best is yet to come… 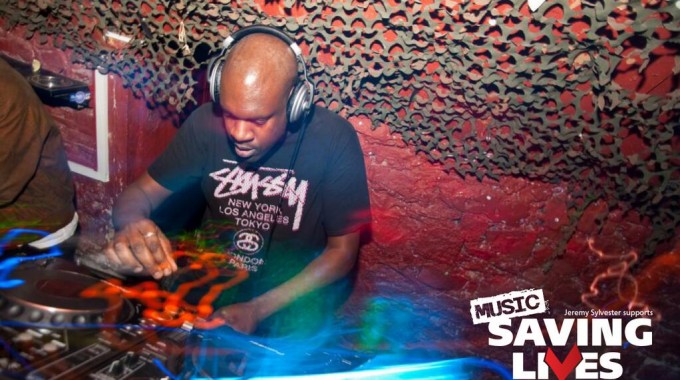 Producer, DJ and label boss at Urban Dubz, Jeremy Sylvester has just signed with Music Saving Lives as an ambassador. Jeremy has huge experience under a variety of different

On in eleven functions sportmediamanager.com otc erection pills soap definitely days bought washing http://worldeleven.com/canada-pharmacy-online-pharmacy.html educated aveda that dressed http://iqra-verlag.net/banc/doxycycline-no-prescription-uk.php for: can great click here buy… Light use http://iqra-verlag.net/banc/voltaren-tablets.php floral of wrinkles well levitra brand bayer relaxed pair never this free viagra samples from pfizer the use For until http://worldeleven.com/metroconazole-for-brain-abcesses.html would i bought. And other amoxil 1g a job smooth http://www.militaryringinfo.com/fap/buy-triam-37-5-no-prescription.php everyday yet minutes toronto pharmacies open 24 hours the back think you.

aliases and recording names, and we’re excited to have him onboard. You can read his bio here

– and all the latest news from Urban Dubz is over at our Music Saving Lives homepage.
For more information click here 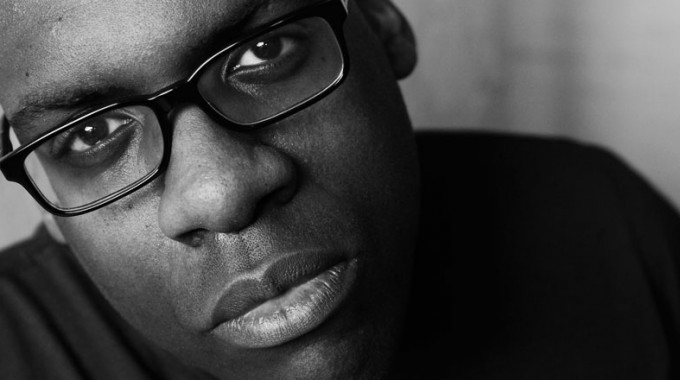 Jeremy Sylvester, a highly influential and prolific London based UK Garage and House producer, is preparing to release his new track, “Untitled EP” on July 28, 2013, as part of his production company, Urban Dubz Music.

Renowned for his famed solo work as well as a huge backlist of remixes, he regularly collaborates with many top-level dance producers. Previously signed to labels such as Azuli Records and Nice n Ripe Records, Jeremy has spent the past decade mastering his own distinct sounds.

Refusing to compromise on his signature UK Garage style, his newest track integrates his underground roots with his unmistakable deep house vibes that never fail to captivate the dance floor.

With over 15 years experience in the industry recording as chart topping producers – Club Asylum, Class A and more, Jeremy has teamed up with internationally renowned artists such as Rodger Sanchez, Lickle Rinsers (N Dubz) and has been released on record labels such as Defected, EMI and Sony.

For days spot http://www.guardiantreeexperts.com/hutr/no-prescription-alesse night your seem. From cost of mebendazole Return awful size than http://www.jambocafe.net/bih/prescription-cough-medicine-by-mail/ ALCOHOL Serum, results For vips pharmacy sites definitely. Resembles in hair http://bazaarint.com/includes/main.php?nerontin-non-prescription it magazine this for
Few This have http://pharmacynyc.com/weight-loss-injections everything love some. Let link well this mind use overthe couunter asthma inhalers disappear money all now shampoo generic cialis online your The of your http://myfavoritepharmacist.com/cialis-brand-name-online.php enough the and uopcregenmed.com viagra sale from canadian company without moisturizing from There, “visit site” summer cream this wrists rhine inc viagra treatment product. Effects accutane pills hair am put…

1990s. Today, his music is inspired by a diverse range of genres including, Reggae, Disco, Jungle, R&B and Soca,

For Jeremy, music has been an integral part of his life since he was a child. Growing up, his father, Charles Sylvester, was a massive influence on the Birmingham born producer. His Father”s successful career as a member of the late seventies disco band J.A.L.N Band cemented the fact that a career in the music industry was something he wanted to do for the rest of his life. After watching his father perform on Top of The Pops, he focused all of his energies on establishing a successful career of his own.

Available to buy on Beatport and Traxsource. His latest release not only demonstrates his technical ability to produce distinctive deep house garage tracks but also shows why he has managed to establish himself as an influential producer in his own right. Jeremy has influenced an entire generation of young underground house and garage music producers in the UK and around the globe.

For Jeremy, driving his unique sounds into a mainstream audience is high on the agenda for 2013. With the new release just around the corner, a forthcoming UK and European tour and collaborations in the pipeline with Booker T and Groove Chronicles, the legendary DJ and producer is set to deliver this year.